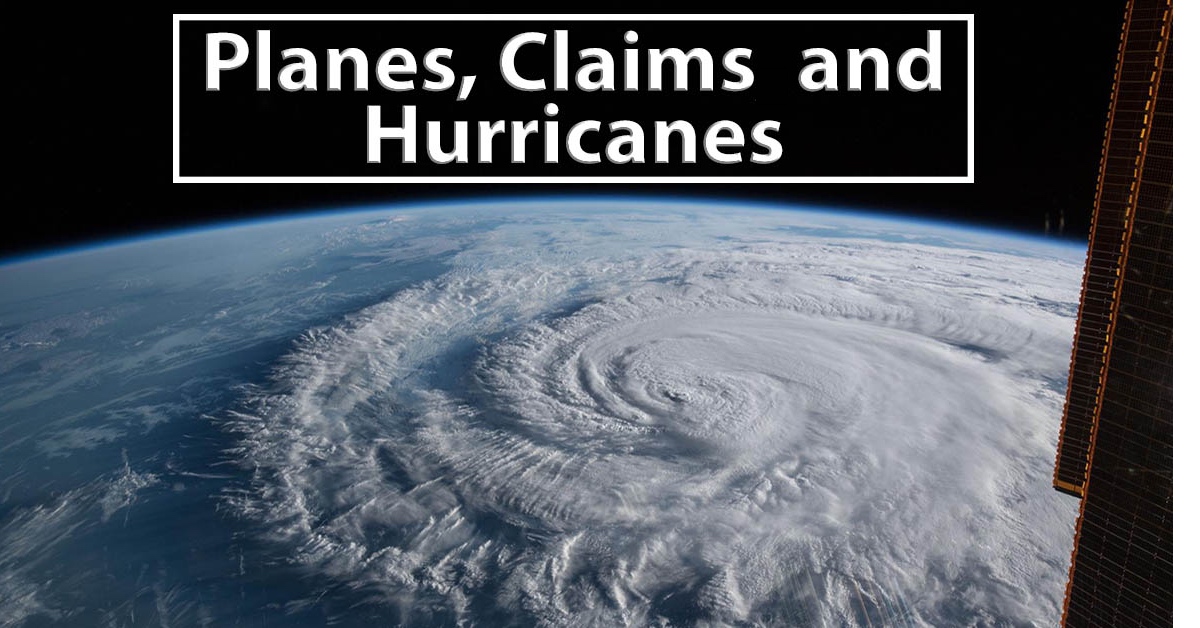 Don’t you think it’s strange that “Conference Season” is at around the same time as “Hurricane Season”?

It seems a little crazy that so many industries have decided to bring people together from across the country – at the same time of the year that travel disruption due to extreme weather is also inevitable.

The 2018 PILMMA Super Summit in St. Louis was fantastic; the best one yet. I know I say that every year, but that’s because every year we make it better than the last one.

However, because of Hurricane/Tropical Storm Florence, we did see a number of attendees leave earlier than planned, to try and stay ahead of the weather. When we picked the Sweepstakes winners on the last day, many people missed their prize because they’d already taken off.

After looking at the weather forecasts, my fiancée, Tiana, and I decided that we would wait out the weather in St. Louis and Nashville, before heading back to the east coast.

Unfortunately, I found out that while the entire United States knew there was a major storm in the east, our airline was having none of it. The Washington Post knew that Wilmington had become an island

American Airlines couldn’t see a problem when they offered to return us to our outbound departure airport in Wilmington, NC – even though the whole city had become an island, cut off from the rest of the mainland by rising water.

We could land in Wilmington without a problem, but we’d never get out of the city.

On its own, that’s a lousy scenario. It was compounded by the fact that Tiana had three Social Security hearings in South Carolina on the day following our planned return.

It didn’t matter what I said to the customer service representative over the phone, the only way they would fly us back to Myrtle Beach instead of Wilmington was if we paid an additional $1,200.

Admittedly, the customer service rep tried his hardest to help us, but it was the corporate rules he was forced to follow that stumped him. He simply wasn’t authorized to carry our credit over or just pull out the stops to get us home, without requiring us to pay all over again.

That’s what happens in a business where the front-line staff isn’t trusted to use their brains and their discretion to solve problems.

They’re not empowered or authorized to sign off on expenses up to a certain limit. Every single time, they need to ask a supervisor. And in our case, the rep couldn’t get a supervisor to authorize our change in itinerary.

Once again, all those years of loyal custom with a single airline (US Airways pre-merger and then American Airlines) meant nothing. No matter how many hundreds of thousands of dollars I’ve spent with US Airways over the years, they couldn’t just sign off on the flight changes that we needed.

It didn’t matter to American Airlines that it was all over the news that Wilmington was an island. They had their rules to follow. And money to make.

I know we weren’t a unique case. There were tens or maybe hundreds of thousands of other travelers who needed assistance to alter their travel plans because of Hurricane/Storm Florence.

I know that I’m not special in that regard. For every traveler, the reason they need to be accommodated is important to them.

For us, it wasn’t just about inconvenience or unjustified extra expense. It was also about making sure those Social Security clients weren’t let down by their lawyer who couldn’t attend their hearings.

Even that point made no difference with American Airlines.

So in the end, we bit the bullet and spent an extra $925 – with a different airline – to get back to Myrtle Beach last Wednesday, September 18th, the day before the hearings.

We decided that it was the right thing to do for the sake of the clients. Thankfully, there was nothing else to prevent those three hearings from taking place and all three clients enjoyed the legal representation they were expecting.

Do The Right Thing

It’s at this point that I’m reminded of the USP of a sales rep I know in Ohio. Pete Primeau supplies retailers with beds, mattresses and other items you’d find in a sleep shop. His marketing is built around his “Do The Right Thing” Bill of Rights and Guarantee.

In a nutshell, Pete says, “We do the right thing, even when it costs us money”. That attitude has won him a long list of loyal customers over the years, and they testify to how Pete steps in when necessary to solve a problem, even when it costs him to do so.

That’s the attitude of somebody who really cares about their customers or clients. And it was the same attitude we had when we decided to honor the expectations of those Social Security clients.

They were expecting their lawyer to be at their hearings – which they’d waited months for – and we weren’t about to let them down, even though it cost us to do so. There are two lessons to be learned here: First, not that I’m bragging, but we did what the airline was not prepared to do. We did whatever was necessary to look after the clients – even if it meant putting our hands in our pockets.

We worked hard to ensure clients weren’t let down, that appointments were kept and that they got what they expected. Our clients didn’t ask us to travel west just before their hearings, so they shouldn’t have paid the price for us being stuck out of town.

The second lesson is that every business should empower their frontline employees to make decisions, especially when unique situations occur, like a hurricane or a tropical storm.

In my law practice, I authorized key employees to spend up to $500, on their own discretion, to solve a problem. Of course, they had to account for it afterward, but when there’s a problem you need a quick response. It was better to solve the problem first and then debate afterward whether the expenditure was the best course of action. The priority was to take care of the client.

That’s something that the airline didn’t do – even when every TV in the country explained why the airline was about to take us to what was effectively an island – and even when we explained that we were going to let down clients.

Corporations Look After Shareholders, Not Customers

There are so many businesses that used to do the right thing, but as they’ve steadily grown over time to become corporate pale imitations of what made them great, they’ve lost perspective. Doing the right thing ends up meaning “Looking after shareholders”.

Sadly, when just about every airline operates like that, the apparent consumer choice we have is illusory.

But when it comes to your law practice, you’re totally in control. You can be better than the CEO of every single airline in the country by prioritizing your clients over the need to add a point to your profitability.

Maybe the airlines really don’t care anymore about loyalty and lifetime value of a customer. Hopefully, when it comes to your clients, you do care about those things. It’s what will bring you repeat business, referrals, 5-star online reviews and glowing testimonials.

Everybody has a “bad airline” story, and I’m sure during Storm Florence, there were lots of them. I’m not special. The point is that your law firm does not have to be the subject of “ bad lawyer” stories if you’re serious about looking after your clients.

So let me ask you: when it comes to looking after the best interests of your clients, will you do the right thing, even if it costs you money?