The PILMMA Advisory Board is a group of individuals that have an enormous wealth of knowledge and experience in marketing and management. These experts have agreed to serve on PILMMA’s Advisory Board to help ensure the success of PILMMA and its members.

PILMMA thanks each and every advisory board member for their unselfishness in contributing and serving as a board member. 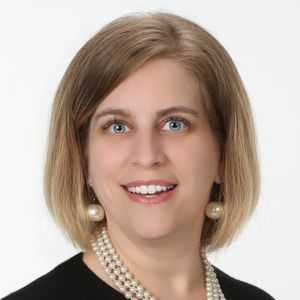 Personal injury attorney Melissa Emery has been helping Kentucky and Indiana residents pursue compensation for the losses they suffered after being injured in car crashes for more than a decade. In May 2017, she launched Emery Law Office. Today, her firm proudly works on injured victims’ behalves to pursue the money they need to cover their losses.

We believe that a successful claim begins with a positive client-attorney relationship. When you work with us, you won’t feel like you need a legalese interpreter – we talk to people like people. You can expect that kind of personable service from every member of our team, starting with your first phone call to our receptionist. Your case belongs to you, not to your attorney, your medical providers or the insurance companies involved in your case. As the claimant, you’re in the driver’s seat and that means you get the final say on everything involved in your case. Mr. Lovely’s experience includes a judicial clerkship for the Honorable Judge Tony Stansberry of Knoxville, TN.   After this experience he accepted a position with the Knox County Public Defender providing criminal defense to indigent defendants. Justin met his wife and law partner Amy Lawrence in Virginia and relocated to practice in Myrtle Beach, SC.

Mr. Lovely is admitted to practice in all South Carolina Courts and the U.S. District Court for the District of South Carolina.   Currently Justin and Amy can be seen on MTV’s Teen Mom 2.  He has answered legal questions on a Monday morning radio show on WRNN for the Myrtle Beach listening area, and is often asked to give commentary to local television stations on criminal and civil legal matters.

When he isn’t helping clients, you can find Justin doing 1 of three things 1. Hanging out with his sons Cash & Knox  2. Fishing for whatever game fish is biting or 3. Finding new ways to market his legal practice. Since 1994, Jan Dils, Attorneys at Law, LC, has offered professional, caring service to all of its clients. Now serving the Parkersburg, Charleston, Logan and Beckley areas. Jan Dils and her firm are experienced in all forms of Social Security and Disability benefits, Veteran’s Benefits and Personal Injury cases.

Jan Dils graduated from Marietta College with a Bachelor of Arts Degree in both Marketing and Economics. She then went on to receive her Masters in Business Administration in 1991, and her law degree from West Virginia University in 1994. That same year, she was admitted to the West Virginia Bar, and began practicing in Parkersburg. The focal point of her practice has been helping clients with Social Security, Veteran’s Benefits and Personal Injury Law. Jan is a sustaining member of the National Association of Social Security Claimants’ Representatives (NOSSCR). Seth Price is a founding partner of Price Benowitz which is a well respected law firm with notable experience in criminal defense, personal injury, and medical malpractice. Mr. Price focuses on civil law pertaining to personal injury, wrongful death, medical malpractice, and workers’ compensation. Both Mr. Price and the attorneys of Price Benowitz LLP are committed to providing excellent representation in these areas in conjunction with exceptional customer service.

Mr. Price is an accomplished attorney and the business backbone of Price Benowitz LLP where he manages legal services and business developments, while also prioritizing the interests of individual clients. His vision of creating a law firm that provides quality legal service and great customer service has manifested in a new corporate culture. The firm’s attorneys and support staff are dedicated to their clients’ interests. Clients and potential clients can call Price Benowitz 24-hours a day, seven-days a week, and will find a person waiting to assist them and answer their questions. This service reflects Mr. Price’s philosophy that the attorneys and support staff should be available to clients when they are most-needed.

Mr. Price lives in Bethesda, MD with his wife Jodi and their three children. Steve has achieved AV Preeminent Peer Review Rating by Martindale Hubbell. This rating demonstrates a lawyer has earned the highest rating available for legal ability and professional ethics, voted on by his legal peers. He has been selected as one of the Top 100 trial lawyers in the State of Florida by the National Trial Lawyers Association every year from 2009 through 2015. Steve has achieved the highest ranking by AVVO (a lawyer ratings, reviews and advice web source) rated Superb with a 10.0 score. He is also a member of the Million Dollar Advocates Forum, of which less than 1% of US lawyers are members. (Membership requires decisions awarded in excess of a million dollars.

Steve devotes 100% of his current practice to “people” problems, personal injury, wrongful death, truck accidents and catastrophic injury cases. His widespread success in these areas is catapulting his reputation as “a force to be reckoned with”. Yet, he is easy to talk to, he listens intently and his sincerity quickly changes clients into friends.

One reason Steve is successful is immediately apparent. He is the rare combination of a “can-do” individual with a no-nonsense approach to getting things done. He cares about the people he represents… and it shows.

Steve maintains his close ties in Winter Haven and is actively involved in his community. Currently, he is a member of the local Chamber of Commerce and he serves on the Board of Directors of Tri-County Human Services, Inc. He has also served on the Board of Directors of Meals on Wheels. Professionally, he is a member of The Florida Bar Association, The Polk County Trial Lawyers Association, an Eagle member of The Florida Justice Association and a member of the Association of Plaintiff Interstate Trucking Lawyers of America. Steve and the members of his law firm are staunch supporters of the Farmworkers Ministry in Auburndale, Florida. Stephen K. Brooks is a Christian Business owner and a member of The C12 Group. McDonald “Don” Worley has been helping people harmed by others for almost 20 years. He had been Included in the list of “Nationwide Leading Attorneys” in Newsweek Magazine and “Leaders in Personal Injury Law” in Time Magazine, in part for his $100 million judgment won on behalf of a client. And the American Institute of Personal Injury Attorneys just named Don one of the 10 Best Attorneys in 2017 for client satisfaction.

Don has just been invited to be a member of “Best Attorneys of America” and has already been admitted into the “Million Dollar Advocates Forum.” This forum is only for attorneys who have recovered multiple settlements and verdicts for clients over $1,000,000. Don is also a member of “Leaders Forum” with The American Association for Justice, a prestigious group of trial lawyers.

Don represents clients across the United States. Don cares about the needs of his clients, and each client makes the decision, with Don’s advice, whether to settle their legal claim or take their claim to trial by jury. Bert Parnall has been influenced by law for as long as he can remember.

When Bert was born, his father, Theodore, was a law professor at the University of New Mexico School of Law and then became an itinerant resident legal advisor in more than 10 countries, many of them impoverished. For young Bert, living in such far-flung locales as Senegal, Egypt, Ethiopia and Tunisia provided valuable early experience that helped to create the lawyer he is today.

I think that view of third world poverty and hunger, which was sometimes pretty bleak, shaped my views on the world,” he says. “I think it influenced me to want to make things fairer for people.

His law practice today is committed to doing precisely that. Ever since launching Law Firm, LLC in 2009, he has focused on trying to make lives better for people who have been injured through no fault of their own.

Although he was influenced by his father (now an emeritus professor at the law school), Bert’s strongest motivation earlier in life was to be a writer. While pursuing a major in history and French at Rice University in the early 1990s, he spent a year studying at La Sorbonne in Paris in 1991. He received his B.A. in 1993, and focused on writing — mostly fiction and plays — for a year before entering New Mexico University School of Law.

Still not convinced he wanted to be a lawyer, he took time off during law school to return to France, where he wrote and played in a blues band for six months. He came back to the U.S., finished law school in 1997 … and returned to France again to write. Finally, he returned to Albuquerque for his first law job, as a contract lawyer in a general practice, and soon realized that he wanted to be a criminal prosecutor. “So, I found the most violent county in New Mexico, Valencia County,” he says, “and I became a prosecutor there.”

He handled his first murder trial during his first year in the 13th Judicial District Attorney’s Office. Over the course of his four years there, he prosecuted criminal defendants in 18 felony jury trials.

His experience there provided a sense of satisfaction that he was helping to make lives better for crime victims, but he wanted to have a more direct hand in working for crime victims and injury victims and decided to move into personal injury plaintiff’s work. He ultimately joined forces with attorney Alan Malott, representing victims. When Malott was named to a judgeship on the Second Judicial District Court in 2009, Parnall took over the firm. Since then, Parnall and the other lawyers in the firm have helped to recover more than $40 million for clients.

While his firm has expanded in size, it has retained its focus on providing excellent service to clients. Asked what sets the firm apart from others, Parnall says: “We are very empathetic, very committed, very responsive. We operate very well as a team. Everyone here is very talented, very dedicated, very smart, very tenacious. We look for the truth, we find the truth, and we keep on fighting.”In part, this commitment to teamwork and tenacity is a product of Parnall’s own athletic background. He was co-captain of the Albuquerque High School Bulldogs district football champions in 1988, and in subsequent years participated in competitive boxing and judo, in which he holds a second-degree black belt.

He is a board member of the Rotary Club of Albuquerque, where he is slated to assume the presidency in 2018. He is also on the board of Popejoy, a local venue for plays and musicals, and is a board member of the New Mexico Law School Alumni Association. In addition, he is on the advisory board of Mothers Against Drunk Driving and is a frequent media spokesperson for the group.

His favorite activities away from the office and his other professional and community involvements are raising his kids, hiking, camping, skiing, and judo.

See what we’re all about

Receive messages from us delivered to your inbox. We respect your privacy and will never share your email address.