Overcoming the Obstacles to Personal Injury Law Firm Growth – Getting the Best out of Your A-Team, By Tiana Hardison 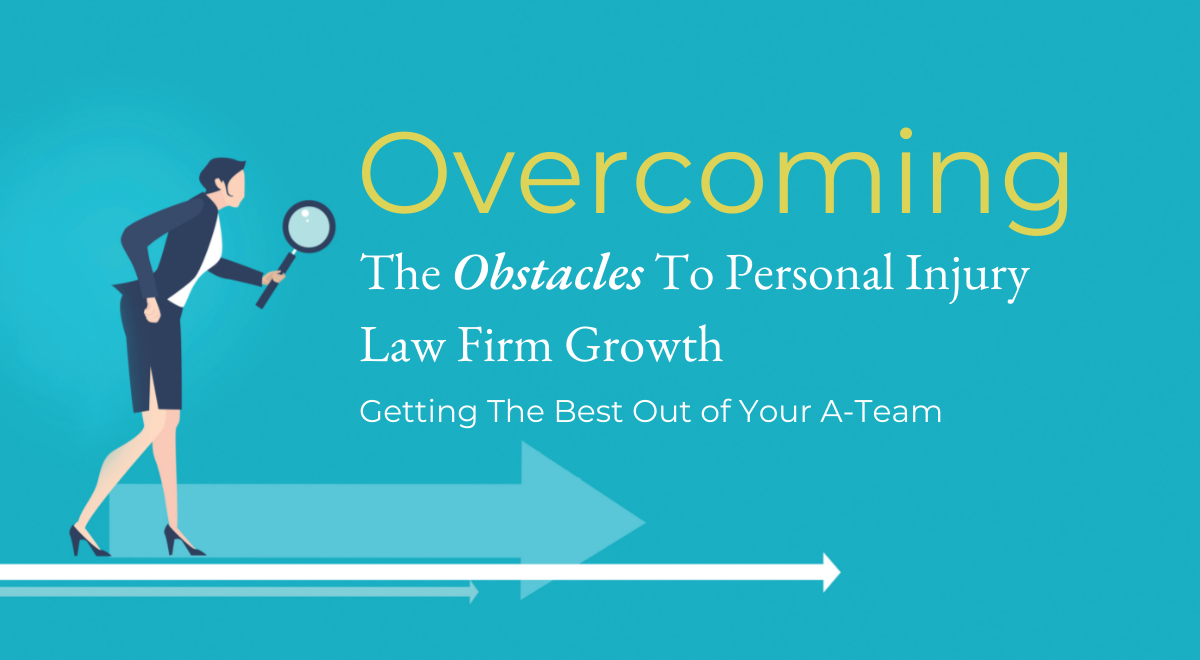 If you know PILMMA’s founder, Ken Hardison, very well, or if you’ve been a loyal PILMMA member for some time, then you know that Ken is a continual learner, and he is never satisfied with the status quo.  Consequently, this means the PILMMA “team” must be continual learners, too. Recently, in preparation for our company’s quarterly meeting, Ken asked every team member to read Patrick Lencioni’s classic Leadership fable, The Five Dysfunctions of a Team.  Of course, being the rebel and free thinker in the group, I immediately imagined we were headed for a twisted version of a Dr. Phil show rather than a business meeting. But, in the spirit of team building and cooperation, I opened the book and started reading…

From the very first page, I realized this book was not what I’d expected. This was not a dry dissertation on the merits of cooperation and conflict avoidance. Lencioni is nothing short of a genius!  Instead of laying out his observations and beliefs about how strong teams are formed, and the dysfunctions that impede team productivity, he creates an exciting page-turner that takes you into the boardroom of a small startup company.  He introduces each of the specific characters ( ingeniously representative of the various personality types one might find in any typical company’s executive team)  and sets up a story line which includes bringing in a new CEO to help solve the company’s immediate crisis.  This small startup company has some of the top designers, sales force, and marketing gurus, and plenty of financial backing, but they are not able to produce exceptional results. They are completely overshadowed by their competitors. The big questions are, “Why?”

Lencioni takes us on a journey along with the newly hired CEO- to unravel the dysfunctions of the team as we observe the interplay between the various characters.  He weaves his 5 Dysfunctions of a Team methodology into the story, as the CEO uses this model to help rehabilitate and reshape the company’s executive team. Not everyone survives.

From initial meetings to off-site team-building exercises, the reader gets a bird’s eye view of the inner workings of this fictional team and begins to see how these characters may resemble the players in one’s own team.  I was hooked.

Honestly, I couldn’t put the book down until I’d reached the end. Like reading as exciting whodunit mystery, I wanted to know who was going to resign or be fired or have a change of heart and whether this dysfunctional team could or would become functional.  Of course, when it was all said and done, (no spoiler alert here!) the team is strengthened and renewed but with the growing pains of change.

Once the fable is told, Lencioni concludes with several chapters offering a succinct and straightforward analysis of the 5 primary dysfunctions that team members must overcome for success and heightened company productivity. He also gives the reader suggestions for how these dysfunctions can be overcome.

The initial premise is twofold:

THE DYSFUNCTIONS OF A TEAM:

As you can read through this list of dysfunctions, you realize that they are all interconnected. A dysfunction in one area left unchecked results in overall teamwork deterioration.

Exploring the five dysfunctions within most teams also sheds light on the five critical elements of health, cohesive, and productive team:  Healthy Teams:

While the above-stated concepts are simple, the rub is in the application because self-assessment, honest dialogue, and change all “requires levels of discipline and persistence that few teams can muster.”  But those that can surely reap the benefits of heightened cohesiveness and productivity that propels an organization forward.

Fortunately, Lencioni doesn’t leave you hanging- He provides questionnaires to help your company’s team players assess their susceptibility to these five dysfunctions, as well as strategies for overcoming each identified dysfunction.

So, you may be wondering what happened to the PILMMA team when we undertook the dysfunction analysis. Let’s just say even strong teams have some areas of dysfunction, and the vulnerability to lay bare and dig deep isn’t natural- but the results are highly recommended.

We all want businesses that grow- and team players that are vested, committed, and operating at full potential. We want the sum of our team to be greater than the individual parts. Lencioni’s Leadership Fable and Five Dysfunctions Analysis is a book worth diving into if you are prepared for the vulnerability and honesty necessary to apply these principles effectively for your team and firm’s betterment.

We use cookies on our website to give you the most relevant experience by remembering your preferences and repeat visits. By clicking “Accept”, you consent to the use of ALL the cookies.
Do not sell my personal information.
Cookie settingsACCEPT
Manage consent

This website uses cookies to improve your experience while you navigate through the website. Out of these, the cookies that are categorized as necessary are stored on your browser as they are essential for the working of basic functionalities of the website. We also use third-party cookies that help us analyze and understand how you use this website. These cookies will be stored in your browser only with your consent. You also have the option to opt-out of these cookies. But opting out of some of these cookies may affect your browsing experience.
Necessary Always Enabled

Performance cookies are used to understand and analyze the key performance indexes of the website which helps in delivering a better user experience for the visitors.

Analytical cookies are used to understand how visitors interact with the website. These cookies help provide information on metrics the number of visitors, bounce rate, traffic source, etc.

Advertisement cookies are used to provide visitors with relevant ads and marketing campaigns. These cookies track visitors across websites and collect information to provide customized ads.

Other uncategorized cookies are those that are being analyzed and have not been classified into a category as yet.